A day in the life of an Independent EPA Assessor

I wake up early as I have a EPA planned with an employer 150 miles away and I am catching the train. This day really began 2 weeks ago when my EPA organisation emailed the apprentice and employer details and I contacted them to arrange the time and location of the EPA. Once this was confirmed I was given access to the apprentice’s showcase (written evidence) which I assessed and marked before the date of the visit. The apprentice had included additional evidence for the distinction grade. This took me about 2 hours. When I first started it took much longer but now, I know my standard inside out and I am much quicker.

From the showcase I felt the apprentice was likely to be successful. Their evidence met most of the standards it was supposed to cover with the showcase  and  the two I felt were not covered sufficiently (they had not included sufficient examples) I was going to question them about during the visit. The night before I always check I have everything I need and my laptop and recording equipment is working. I had planned my questions already, so I was good to go.

I also bought my ticket in advance as the machines are not always working in the mornings and I think sometimes getting to the location is the most stressful part! On the way I just read or watch something on my phone. Once I arrived London I got on the tube and it was easy to find the location. I always think how apprehensive the apprentice will be and I never want to be late in case they panic. Once I was early and that also threw them so now, I make sure I get there 5 minutes before and no earlier!

The apprentice met me with their employer, and we chatted a little and just confirmed the arrangement for the day and the room I would be based in. I also checked and confirmed the apprentice’s ID. They are always nervous, and I try to put them at ease as much as I can.

We had agreed beforehand we would start with the observation. The apprentice is completing the Customer Service Level 2 standard and works on a busy reception desk. The observation cannot be recorded so the pressure is on to make sure I record the evidence accurately and fully as this is the only record of the assessment, so if I miss anything the IQA could overturn my judgement. I usually warn the apprentice that I may seem to be writing not always watching but I am always focused on gathering the evidence.

The observation goes well, they have great communication skills and a lovely telephone manner.  This is a possible distinction candidate!  Following the observation, I can ask some questions for specific standards that I was not able to observe. This is recorded and I must make sure I always follow the EPAO procedure about recording including confirming who I am, who the candidate is and the time it started and ended. I also record the answers on the assessment paperwork.

The apprentice seems a little nervous but gives me good answers and I think has been well prepared for this. I also use this time to ask the additional questions based on the showcase and they give me some detailed examples to add the earlier evidence.   I have planned a short time for reflection at this point.  I want to get everything written up and give myself and the apprentice a comfort break.

Once this is completed, I have finished the EPA and I usually ask to see the employer again to thank them for their hospitality and tell them when they can expect the result. Sometimes that ask how it went but I just tell them they will get the result in the next 5 working days. I have been there about 3 hours. Occasionally I do two EPA in one day in the same location.  I get paid per apprentice.

Then my next job is to make sure everything is written up properly and I haven’t missed anything. I listen to my recordings on the way home to check I have included all the evidence and spell check and tidy my notes and observation record. The advantage of the train home is I can do this on my way back rather than when I get home.   This apprentice has done well, and I am pleased for them and their employer that they have achieved a distinction.

Finally, I get home and upload all my recordings, assessment materials and notes ready of IQA – and my job is done!

If you would like to learn more about becoming an Independent Assessor, please contact Best for Training on 01702 770030 or email contact@bestfortraining.co.uk.

If you would like to gain the Highfield Level 3 Award in Undertaking End Point Assessment, book online or contact Best for Training for further details.

Peer-on-peer abuse – are you prepared for Ofsted’s new expectations in September 2021?

Looking for work as an EQA?

Peer-on-peer abuse – are you prepared for Ofsted’s new expectations in September 2021?

Looking for work as an EQA? 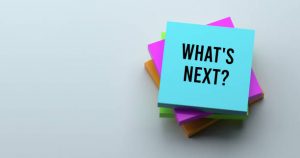 What’s next for your career? 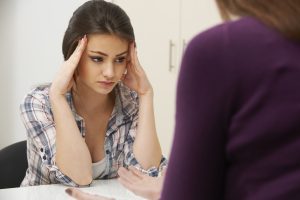 What training do Ofsted expect Designated Safeguarding Officers to undertake?

What is self-generated sexual abuse content and how do we protect children from it?

It’s not always easy to know which course is right for you or your organisation. We want to make it as easy as possible for you to select the course that will best suit your needs so please email us or phone on 01702 770030 if you have any questions or would like some advice.

Are you a designated safeguarding officer or lead?Includes updates from Ofsted inspection guidance so ensure you are up to date Join us for our training next week on Thursday 5th May on TeamsLive interactive training led by former Ofsted inspectorsBook online£195 including VATFantastic reviews ⭐️⭐️⭐️⭐️⭐️bestfortraining.co.uk/courses/level-4-designated-safeguarding-officer-training-for-secondary-scho... ... See MoreSee Less